I was at the Gym this morning

The gym is full of a a real mix of people

Guys that grunt when they lift

and then there’s “the old guy”

He puts me to shame… then again the hot blonde chicklet that works out next to me can lift more than me!

I finally talked to the old guy this morning

He’s a total legend and really knows his stuff!

The big lesson he gave me was this

It’s the muscle repair that creates the growth

You need 3 things to make a great online business

1. A great product to sell

3. Customer service after the sale so they come back for more

It all starts with your product

Do you have some ideas for products you’d sell online?

Want some help to bring your online dreams into reality?

Then I’m your man

I keep it simple, show you exactly what works (what I do in my own businesses) and support you as you succeed!

Come join 246 other Aussies as an Online Entrepreneur! 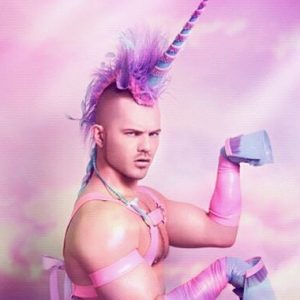 This morning I got an email from Karen Thomson, she’s one of the girls I let into the Aussie Online Entrepreneurs 😉

In her email she said this

“I can’t tell you what a boost in confidence this has given me Neil, it’s changing my life”

I dunno about that, I do know that the stuff I share works.

if you actually apply it

it will let you take charge of your life Demanding more of the chocolates

Taking them from the others

Telling them to shut up if they complained

We soon learned to respect our elders

I’m not talking about getting the belt out or anything daft like that, so hold your pink fluffy unicorn horses thar!

That in turn has lead us to over think other stuff too, like discipline

What do you think? Sherri used to be a madam

She operated a den of inequity in Wollongong

She had 5 ladies working for her, 2 asians, 2 aussies and a black girl

She said that her clients liked to rotate through the girls, black girl one day, asian the next and aussie the next

She learnt that having a broad product catalogue was important

25% off services when bundled with others

She even experimented with a buy one get one free deal

She was surprised when it was not at all popular

She hustled and made some money

Then, one day, without notice, she had a visit from a bikie with a shot gun

Her clients were lonely men and she didn’t need protection though, so he left

That night a shot was fired through her window

The next day she left

instead of bikies we have Jeff Bezos, a more benevolent overlord

She told me that her profession is NOT the oldest

people have traded goods since the neanderthals

It’s time tested and it works

No need to sell your soul

We’re a great bunch of folks from ex lawyers to tradies, 35 to 84 right across Australia! 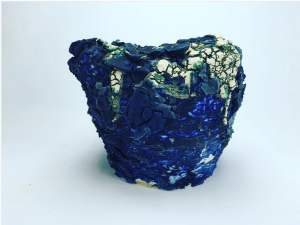 They told her to become an accountant or lawyer

Most offices are full of BS don’t you think?

So 3 years ago she embarked upon her new career

She was scared of failing

Of not being good enough

But she knew she had to reclaim her life

I told her to go for it, life is short!

She did and she’s been forever changed as a result, she looks visibly younger as a result of following her dreams

This morning she was worried about her final exam…

Her customer will only care about themselves and their needs, wants and desires

That’s why I love being an online entrepreneur

No my career focused friend, all they’ll want to know is what are you selling and will it solve their problems

“I want to cook nicer food”

“I want to look healthier”

“I want a gift for my friends birthday”

and on and on it goes

Want to learn how to find the best problems to solve and then supply a solution that will make you a solid income?

Then join 246 other Aussie as they start online businesses Amazon Prime is the company’s paid membership service that costs $99 a year or $10.99 a month.

Subscribers get free two-day shipping, access to a bunch of video and music streaming content, as well as online storage space.

According to the survey, households with over $112,000 a year in annual income continued to show the highest penetration among all income groups.

Wanna learn how to do that?

Then I’m your man!

Click here to find out how to sell to rich folks

Did you ever notice as you get older men stop paying attention to you, it’s like you’ve disappeared

My name is Carolan Bishop, I’m a real person, I live in Liverpool in England. Up until 2 years ago I was ignored by pretty much all the men I’d meet.

I was working my butt off in a job that was unfulfilling and dull, working with a group of men that felt that women weren’t up to the task of men’s work. We should “stick to typing” as one particularly lovely man told me.

My husband expected me to work too and he’d shout if the house was a mess, although he’d never lift a finger to help. He made a point of reminding me that HE earned the most money, never mind that I raised 3 children for him whilst also working a job.

Then about 18 months ago he left me a “Dear Carolan” letter on my dresser and filed for divorce. He’d been having an affair with his PA and he’d decided she was a younger; prettier, go-getter than I was.

I was devastated, I went for counselling and knew my troubles were down to low self-confidence.

My counsellor listened carefully and told me that I should start doing something to help me feel productive and to use my skills whilst developing new ones.

So I looked around for a simple home based business I could start, I wanted to find something I could do and feel proud of doing too.

A friend who worked for a law firm told me that he’d just started selling things on Amazon.

So I had a look, made a decision and decided I had nothing to lose.

My Amazon business went live 6 months ago, I use Facebook to promote my products through groups and some simple pages that I set up with Matt’s help

Now when I see my ex-husband I have this secret trick I play on him. You see, thanks to the boost in confidence this business has given me I’ve also lost weight and now I’m dressing in more stylish clothes and taking more care of myself, honestly, I look and feel great!

I know a cafe where he goes with some of his “mates.” I love to go there with my new boyfriend, park my BMW outside so he can see it next to his old car and as I stroll past I whisper “hello Mark.”

I don’t want to brag but I know through the grapevine that his friends often ask about me… “who is she? is she single?” And he has to tell them and I love it 😀

If you think you’re ready to take control of your life and you’re not afraid to learn something new then you can join Matt on his free webinar, tonight at 8pm

And maybe, like me, it will change your life too Did you know there’s a certain sort of person that can immediately tell which advertisement will make the most money on Facebook?

We call it having a “clickers eye”

Do you have one?

It’s a simple enough process to tell if you have

When you’re on Facebook do you look at the advertisements?

Can you normally tell if the advert has been written for someone like you?

If you can, you may well have a clickers eye

Did you know that people with “clickers eye’s” make 3 times more cashola than those that don’t on Facebook?

Want to know for sure if you have a clickers eye?

I’ll see you there

Do you know what Facebook’s product is?

That, my friend, is a marketers wet dream

Want to learn how?

It’s all to do with Psychology

An “S” makes all the difference in a keyword

If you search for “bucket and spades”

You’re probably researching, wanting to know what the best bucket and spade is for you and your unique situation

Drop the “S” and you’re looking for something specific

A Bucket and Spade

Want to learn more of these cashola creating Psychological strategies?

His answer was a great one, solve problems!

When pressed further he said these are the 5 most pressing problems that, if you solved them, would turn you into a billionaire

Your time might be running out on this one, because a lot of money and time is being spent as we speak to solve our energy storage issues.

Essentially, we have no real way of storing energy created by wind and solar power generators.

It’s why we continue to rely heavily on fossil fuels — when the sun goes down and the wind stops blowing, we run out of juice.

Artificial intelligence is upon us, but there are some very, very serious concerns about what that means for humanity.

Famous scientists have been speaking up for several years about AI, and how we need to tread very carefully in implementing it — lest we end up with a Terminator or Matrix-esque future.

The point is, artificial intelligence will change everything; it’s just a matter of how humanity fits into the equation.

There’s an awful lot of money literally flying through space.

The problem is, we don’t have a real way of reaching it; or capturing it, and bringing it back down to Earth for processing and use.

Asteroids, giant hunks of rock that are flying through or suspended in outer space, are loaded with precious metals and other natural resources that are in finite supply here on Earth.

If we were to find a way to get to these asteroids, mine them, and bring said resources back, we could effectively limit scarcity problems.

If you’ve been paying attention to the news, or live in the drought-stricken western part of Australia, you’re well aware that water scarcity is an ongoing issue.

And with global climate change starting to reshape how and where water levels ebb and flow, it’s something that we’re going to need to find answers to, and fast.

We may have it good here in Australia, but there are still millions upon millions of starving and hungry people in the world.

And as the climate changes, and resources become even further strained, growing crops and raising animals for food will become even more difficult — if not impossible.

Got any solutions for any of those?

and isn’t that what we all want anyway?